Pyramid Quick Lock Flooring Mats are essential caravan accessories that any camping enthusiast should take advantage of. These are multi-purpose flooring tiles that lock together in order to provide a practical soft surface that can be utilised inside as well as outside without any hassle. Not only that they can be used at home or when going camping but they can also be used at workshop, garage, gym or whatever place you might find suitable for.

The Pyramid Quick Locking Flooring Mats provide softness and warm anyone is looking for in a camping trip but they are also very strong, durable and versatile; edging in pack of 8 can also be a great variant in order to create a very tidy and neat set up.

Among its main features we should highlight:

– Stong EVA rot proof tiles
– Patterned non slip finish
– Can be styled and chosen in different variants thus covering an area as larger as one might desire
– It is easy to be adapted for both soft and hard terrain
– It can be used when camping, caravanning, boating or even in the home
– Very durable, robust and hard wearing, thus making it suitable for any time
– Eco-friendly – it is designed that grass can still grow through it
– Each tile is approximately 52×52 cm
– Each pack contains 4 tiles that can easily cover and approximate area of 1 square meter

The Pyramid Quick Locking Flooring Mats is indeed one of the best choices available these days for camping enthusiast and with the low prices that it is coming with why looking for something else and not choosing this product as a best companion in your warm or cloudy trips?

In the end, the 2010 World Cup was perfect organised by the South Africa guest, contrary to all the skepticism around it. More than that, this competition has delivered to the world stunning results but also new unknown instruments and many other interesting things that we will talk about in this article.

First and foremost, the vuvuzela is the new world’s torture instrument, as millions of people described it. This instrument that sounds like a bees swarm has all the chances that will never step across South Africa’s borders while many countries already adopted extreme measure against vuvuzelas. For example, vuvuzela is banned from the Wimbledon, from the next year’s Rugby World Cup, from the Standard Liege’s home games and even in Scotland at a music festival. Moreover, bet houses allow people to place bets on whether the vuvuzela will be banned or not in Spanish intern championship.

Speaking of annoying things, many football supporters from around the world have killer thoughts when it comes to Paul, the Oracle Octopus. Paul is not a regular octopus, it is the one that guessed which teams Germany defeated and even guessed that Spain will be the new World Cup winner. And the octopus from Oberhausen never had a single mistake. Germany supporters even created lists on how would they eat Paul, fried or in salad, and even created an anti-Paul anthem. Paul was in media’s attention all this time and now became the most known octopus all times.

The Jabulani ball. Some say it was a mistake, some say all teams played with the same ball. I try to stick with the second ones while I believe that no matter how bad the ball was, as a great team that should not be an obstacle in trying to rank as high as possible in the charts.

Now, if we are to talk about the players’ quality, well, the expectations were higher. This year players have not dedicated as in other years to football, and this was seen on the field, see Fernando Torres as a bad example. The games were under the quality we were used too and many surprises occurred during this World Cup. Among its, those that worth a remember are : England, France, Italy and Brazil that deceived their supporters while leaving the WC maybe too early. But after seeing their matches, it seems that was not too early at all, it is just their value this year.

Another surprise, this time in a good way, was the Uruguay placement among the top 4 teams in the World. They struggled to get there and they succeed. As for the finalist, it was a premiere for Spain to reach the final and also to win the World Cup. However, both Holland and Spain did a great game but the World Cup reached in the hands of the ones that deserved it the most : the European champions, now both European and World champions – Spain. 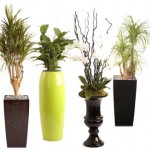 It is a well-known fact that productivity is strictly related to health. Recent studies have revealed that office related objects like carpets, paints, office cleaning products, computers and insulation emit almost 300 toxic pollutants. Everyday exposure to these factor can lead to dizziness, respiratory problems, allergic reactions and, in the end, poor productivity caused by these issues. Alongside the air pollution, another factor that is a threat to health is the low humidity.

A surprising help for creating a better environment in offices and corporate buildings comes from office plants, plants which improve the indoor atmosphere and create a cosy working space. Their presence in offices is so beneficial to keep employees healthy and productive, and anyone is aware of this fact.

Among a long list of benefits, office plants are great for :

Plant Designs is a London-based company that is truly aware of plants in offices benefits. Creating a positive corporate image and a healthy environment becomes an easy task when plants come into play, and this is exactly what Plant Designs offers.

From design scheme to routine maintenance, they take care of everything. Choosing carefully the plants, the spots where they will be placed, installing them and looking after their health once at two weeks, these steps will definitely insure a growing level of productivity and cleaner working environment. These after-installment routine checks aim to keep the plants healthy and to provide the same amount of fresh air as in the beginning. If a certain plant does not look its best, the Plant Designs team states they will replace it at no extra cost for customers, therefore keeping the indoor environment fresh and healthy.

Here’s a way to find out interesting information, boost your brain power, have a surprising fact to say on a party or just to read it and have fun. We have just set up HaaBaa Brain Booster aka H3B. You can find it here:

If you have any suggestions please let us know. Also, you are welcomed to become a participant of the project and H3B editor, contact us for details 🙂

I think the Catalan culture is not as popular as it should be. Of course I cannot make all the world do the same things I do, or share my interests. But since my studies and main interest is directed on Catalan, I encourage everyone to try to know more about the subject. And I will help you to do it…
I should start introducing you in the theme with general info about Catalonia. However, my B.A. work concerns Catalan language in Alguer, Sardinia, so…
You may be surprised by mentioning Italian island when talking about Catalonia. The explanation is simple: history. And history of Catalan culture in Sardinia found its beginning in 16th century, when Kingdom of Catalonia expanded. Since then, until the short period of Spanish domination, Catalan language and culture were predominating on Sards’ territory. However, it had less and less importance, and in the beginning of 20th century it has lost it’s status of official language due to Italy becoming a united structure.
Since the fascists’ reign, with the state becoming more centralized, Italian language policy has become more hostile versus language minorities. Nowadays, government policy reveal rather inertia than hostility. You can easily see it on example of German and French. These two languages are commonly spoken in the areas close to frontiers; therefore, these are officially (constitutionally) recognized as a language minorities and has some more influence in policy of the state than others.
The situation of Algueres (variation of Catalan from the island) is particularly interesting and hard. First of all, because it is minority inside other minority: the Sardinian. Since the Sardinian has no official status, it is extremely hard for Algueres to gain importance.
Nowadays, Algueres – considered commonly as a Medieval dialect of Catalan – is spoken by really small group of L’Alguer community; mainly by the working class. Nevertheless, institutions that work on promotion of Catalan are doing their best to recover importance of the language that was dominating for more than three centuries.
I really hope they will make it. Our so called ‘global village’ is not an one-cell organism, and needs variety to improve and develop.