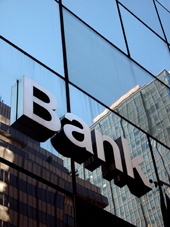 The government and bank conjure £190 for businesses under project Merlin

On the day that it was revealed that half of the donation to the conservative party comes from the City, the chancellor of the exchequer George Osborn announce a deal the government has just reached with the banking industry. The deal called project Merlin see the bank agree to lend between £190 – £200 billion to businesses in 2011. One of the biggest criticisms of the banks apart from the excessive bonus key bankers are said to be making is the fact that bank are not lending money as much as they used to, especially to small businesses.

Of the 190 billion pounds agreed under project Merlin, banks are to lend at least £76 billion to small businesses. Measures to address the public concern over bank bonuses is also tied in, banks will reveal earning of their top earners and some bonuses will be curbed. The bank of England will monitor the lending targets set to ensure banks are meeting the targets.

Yesterday, the chancellor announced a levy of 800 which is strongly linked to bank bonuses but not is not labeled as such. The chancellor ruled out a direct bank bonuses levy which his shadow Ed Balls and the labour party call for. Part of the levy placed on bank is to pacify public anger at the banks. The chancellor acknowledge that the levy will not quite satisfy the public but it will go someway to reassured them that the government is doing something about the banks.